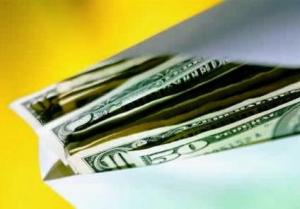 Payola is a bribery scheme made infamous in the American music industry, paying radio station disc jockeys to put particular songs on the airwaves to gain popularity and, ultimately, sell records. This ethical violation and illegal practice was put to an end many years ago in North America.

Across Africa, the idea to be payed for content, or any media coverage at all, lives on today. Whether it’s called soli (solidarity money) in Ghana, kitu kidogo (something small) in Tanzania, or le coupage (literally ‘the cut’) in DR Congo, it’s called corruption everywhere else in the world.

Many African journalists (not all, mind you) take money, often mislabeled as a “transportation expense” or a “per diem” from conference hosts, governmental agencies, and even international aid organizations.

Surely in North America and Europe there are press junkets, where corporations fly journalists to exotic locations where they often don’t pay a dime. But when a journalist has been schooled in media ethics, does this necessarily mean the company or product will receive good press coverage?

Or does receiving brown envelopes from politicians, companies and conference hosts mean you will write a favourable story? Nine times out of ten, yes, it does. Especially when you don’t have any ethics training.

Here are the facts, African journalists earn a meagre wage in comparison to Western journalists and must supplement their incomes to provide for families. This is understandable.

Thus, it’s easy to corrupt them with offers of brown envelopes stuffed with cash. Around the continent, journalists with little to no training in ethical news journalism are beginning to demand higher wages for the work they do, so they won’t need to accept bribes any more.

Dr. Mary Myers in her 2007 paper for the World Bank titled Well-Informed Journalists Make Well-Informed Citizens: Coverage of governance issues in the DR Congo states a culture of corruption has become ingrained in the African media.

“The problem here is the widespread practice of coupage – literally the practice of journalists taking their cut. Coupage is another name for brown envelope journalism: journalists and editors being paid to run certain stories, paid to turn up at press conferences and to cover events, or simply being given money to cover their ‘transport’, ‘dinner’ or ‘per diems’. This practice is perpetuated by politicians, business-interests, and even by international donors.”

She continues: “In the capital, Kinshasa, with its population of approximately eight million people, the market is not sufficiently large to sustain newspapers on their cover price alone. This state of affairs, coupled with low pay and lack of job security has resulted in corruption among journalists and editors and, of course, bias, sensationalism and lies.”

When you ask an African journalist why they would accept money from people or agencies which they’ve interviewed, or are doing stories about, the answer is simply: “Everybody else does it, so why shouldn’t I?”

Here’s an anecdote: I attended an anti-corruption conference hosted by the African Union. Organizers called the meeting a “cluster” or “subcluster” (whatever that means) I was taken into a room with Tanzanian journalists and told to sign a piece of paper. This was to acknowledge the fact that I received the transportation expense provided by the AU for being present.

I was there as a journalism mentor, not to cover the event for a media house, so I looked at my Tanzanian mentee and she wouldn’t make eye contact. She had already signed. While I didn’t expect to be offered any sort of compensation to attend the day-long conference, I was quite shocked they would offer it to me in the first place.

I know it’s common practice here in Tanzania, so I politely turned down the offer and didn’t sign, citing the fact I wasn’t there to produce a story for a media house, but to offer assistance to my Tanzanian counterpart.

Out in the hallway, before we returned to the conference room, I told her I wasn’t judging her and that I understood her predicament with four children at home. Then I proceeded to ask how much she had received. She replied: “25,000 Tanzanian shillings ($15 USD) for transportation.”

As a media development trainer, having worked with this journalist over the previous four months, I felt devastated. Especially since I spoke about media ethics at least once a week to the newsroom since arriving. At every news meeting, I always had one journalist pitch an idea that involved some sort of promotional material, so I explained often how unethical it was to do this and gave an example of how we could turn the idea into a real news story (excluding the promotion).

I asked her how much she spent on transportation to reach the Arusha International Conference Centre, where the AU anti-corruption conference was held. She replied honestly: “400 shillings [25 cents US] on the daladala [public mini-bus]”

To combat this culture of corruption in the media across Africa, press councils, unions, and NGOs are beginning to realize the only way to get better coverage is to organize workshops to educate journalists on ethical practices. This will empower journalists to know how to face ethical dilemmas, such as receiving brown envelopes.

My recommendation to African journalists is to equip yourself with the knowledge that it’s a tough fight to improve pay conditions, so media practitioners need to organize. Whether it’s through joining national media councils or supporting local press clubs, it’s time to demand higher wages and transportation expenses from media owners, instead of from those with deep pockets and clear agendas.

Take pride in your work and know that if you accept cash for coverage, then you’ve been compromised, but it’s best to acknowledge this fact and move forward with integrity. In order to stop the on-going payola scheme, all must refuse to be bought and sold for providing coverage and know there’s real value in that. Let’s start the discussion now rather than later.

“In the end, the only real product a news organization has to offer is its credibility,” writes international journalism trainer, Bill Ristow, in his report Cash for Coverage: Bribery of Journalists Around the World.

One comment on “The New Payola: Brown Envelope Journalism in Africa”