Uganda: Radio for Justice and Human Rights in northern Uganda 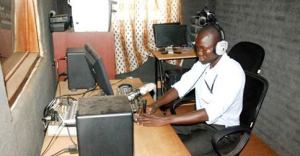 A chime rings out from the radio speakers. A booming male voice intones: “This is Facing Justice, brought to you by the Institute of War and Peace Reporting, discussing issues of justice and human rights in northern Uganda.”

Facing Justice was a biweekly radio program which aired on radio stations across seven northern Ugandan districts. It was first broadcast in September 2009 and ended in 2013. During its four-year lifetime, the program helped rebuild a community shattered by two decades of war.

Tackling justice and human rights was a bold move for northern Uganda’s local radio stations. But an estimated 4.6 million Ugandans tuned in twice a week to Mega FM, Radio Rhino, Voice of Teso, Radio Palwak and Radio Pacis to hear about the reconciliation process.

In 2010 and 2011, the Northern Uganda Media Club, or NUMEC, took over production of Facing Justice from the Institute of War and Peace Reporting, or IWPR. The program was picked up and broadcast on a network of 12 radio stations. In 2014, its successor program is still going strong.

Simon Jennings is the Africa editor at IWPR. He says: “This radio show was a follow-up to the International Criminal Court’s 2005 indictment of Joseph Kony and LRA [Lord’s Resistance Army] commanders. The idea was to … monitor these developments and give people a voice and [an] insight into these complex processes.”

Mr. Jennings adds, “Radio is a key medium. Through it, we were able to reach a huge audience.”

Facing Justice was a 30-minute program broadcast in English, Luo, Ateso and Lugbara. It examined community topics such as the availability of health services, gender-based violence and access to clean drinking water.

But Facing Justice was not simply a radio show. IWPR trained freelance Ugandan journalists and staff at its partner radio stations, focusing on investigative reporting. Reporters were taught how best to tackle stories like the hunt for Kony. Internally displaced people were still returning home and this subject, in particular, was a sensitive one for many listeners.

Mr. Jennings says: “Some of the journalists IWPR trained have gone on to work as reporters in media houses in Gulu, Lira and Kampala. One reporter is now a correspondent for the national Daily Monitor newspaper in Uganda. In all, we trained 30 to 40 journalists.”

Moses Odokonyero is the chairman of NUMEC. He says: “Following the launch of Facing Justice in 2009, new training modules in investigative reporting and technical sound production for radio have raised the standard of reporting among the local journalists.”

He adds: “It has also equipped the journalists with [the] specific editorial skills necessary for them to choose topics and story angles relevant to the local audience.”

As the situation in northern Uganda improves, radio programming is responding. Earlier this year, NUMEC launched Voices for Peace, a peacebuilding radio program which continues where Facing Justice left off.

Mr. Odokonyero explains: “Voices for Peace, which will air throughout 2014, is acting as a much needed platform to share information on peace. [It aims to provoke] debate around post-conflict issues in northern Uganda, and thus contribute to de-escalating conflicts that could otherwise turn violent.”