Thailand to Myanmar Refugee Repatriation Goes Ahead Despite Concerns 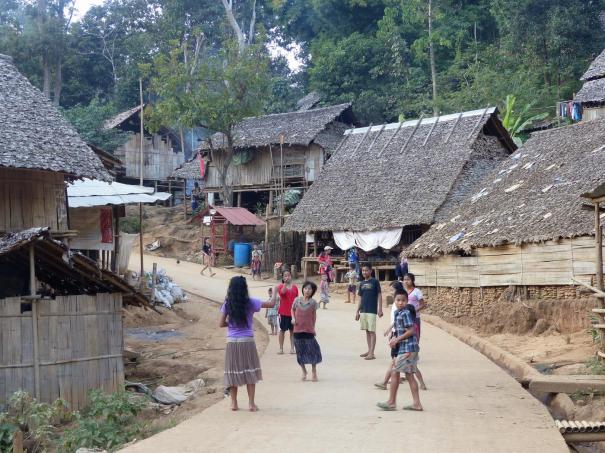 BANGKOK – With the UN signing a memorandum of understanding in negotiations to repatriate nearly 700,000 Rohingya refugees from camps in Bangladesh to Myanmar’s Rakhine state, its refugee agency has already begun facilitating returns from camps in Thailand to southeast Myanmar.

Ninety-three refugees returned in May from Thailand’s camps to Yangon, Bago and Sagaing regions as well as to Kayin and Kayah states, in Myanmar’s southeast bordering Thailand – where the majority of ethnic Karen and Karenni refugees originate.

“The Burma [Myanmar] army is fighting in Rakhine, Kachin, Shan and almost every day in Karen [Kayin] state,” said Naw Hsa Moon, a 32-year-old ethnic Karen refugee living in Thailand. “It isn’t safe for refugees to return, or else they risk becoming refugees a second time.”

To date, a total of 164 refugees have voluntarily returned to Myanmar from Thailand through the UN Refugee Agency since it began its repatriation program with the Thai and Myanmar governments in late 2016.

“In south-eastern Myanmar, conditions allow for UNHCR to facilitate the voluntary return of refugees from Thailand to that area. In Myanmar’s Rakhine State, however, UNHCR believes that the situation is not yet conducive for the return of Rohingya refugees,” the UN stated in a press release.

This second batch repatriated from Thailand had 20 ethnic Karenni refugees making a first return to Kayah state, where a fragile ceasefire agreement holds between the Myanmar army and a local rebel group.

But in neighbouring Kayin state, increased tensions and militarization has caused many refugees to opt out of the facilitated return – 2,400 ethnic Karen villagers are still displaced from their homes inside Myanmar because of conflict.

Many view the UNHCR refugee repatriation as not being safe, secure and dignified return at the moment, as promised by the UN.

“The initial number to return was 161. The actual number who went back this time was 93. That’s a huge drop, nearly 50 per cent,” said Leena Zieger, director of Burma Link, an organization based across the border in Mae Sot, Thailand.

Nearly 100,000 refugees live in Thailand’s nine camps established 30 years ago to provide safety and security to those fleeing attacks by Myanmar’s military, known as the Tatmadaw.

Thailand isn’t a signatory to the UN Refugee Convention but refugees from Myanmar are allowed to remain in the country legally if they are registered with UNHCR at one of the nine refugee camps along its border.

Refugees inside Thailand are restricted from leaving the camps, and are not allowed to work. Humanitarian assistance is provided. But refugees and agencies argue food aid has been reduced significantly in recent years because of budget cuts by donor countries.

“I don’t know how [the] UNHCR can say that it’s a voluntary return. Refugee repatriation needs to be genuinely voluntary and it should not be reinforced by these outside factors like cutting rations and assistance in the camps,” Zieger said.

The Border Consortium provides aid to refugees in Thailand. The TBC states over the last six years 18,000 refugees have left the camps in Thailand to Myanmar without any form of UN or government assistance.

TBC Executive Director Sally Thompson told The Irrawaddy News that 4,095 of them returned in 2017, making the UN repatriation program seem like a drop in the bucket in comparison.

But the reason why so many refugees leave the camps without going through official channels, like the UNHCR repatriation program, is so they may be able to keep their status as refugees and return to the camps if fighting resumes in their communities along the border.

“If someone asks me to go back I have no place to stay. I have no land,” Moon said. “We have nothing. My parents left Burma [Myanmar] when they were young and I was born in the refugee camp.”

The UN, Thailand and Myanmar require all refugees being repatriated to give up their status. The UN provides cash for reintegration and an assistance package including food, mosquito nets, travel bags, family hygiene and sanitary kits for women, along with transportation.

But the UNHCR promises it will monitor those repatriated for up to one year.

In Kenya’s Dadaab refugee camp, the UNHCR gives cash to Somali refugees to facilitate voluntary repatriation. Some have accepted to return out of financial necessity, to pay off debts, rather than return in a safe, secure and dignified manner as reported by The Washington Post newspaper.

“It breaks my heart. We can’t stop refugees from leaving the camps to return,” Moon said. “But the situation in the refugee camps continues to worsen forcing many to consider leaving because there’s not enough food available.”

Last April, clashes between the Myanmar army and ethnic armed groups in Kachin and Shan states forced 8,000 people out of their homes and into several of the 165 displacement camps established in the north of Myanmar.

This adds to the 99,678 internally displaced people in Myanmar’s northernmost states, according to UN figures. Humanitarian organizations are unable to assist those displaced inside Myanmar because of tight security restrictions placed on groups providing aid by Myanmar’s government.

A group providing humanitarian assistance to those displaced from their homes by the fighting in Kachin state, between the Myanmar army and Kachin Independence Army, has now been banned by the military from doing its work in conflict-affected areas.