Overcoming a government crackdown on social media in Laos

Influential Facebook users, pejoratively referred to as net idols, are facing retribution for their online posts. 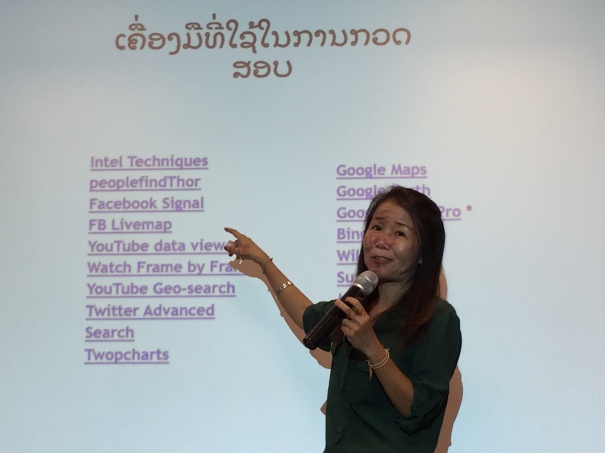 On the screen at the front of the room, Vientiane Times journalist Keoxomphou Sakdavong begins her US embassy-sponsored event, How to Spot Fake News, by broadcasting on Facebook Live from the manicured lawn outside the hall.

“Fake news is created by all,” Sakdavong, 41, told students in attendance as she entered and began her presentation and slideshow.

“In Laos, people believe what they read automatically and share it right away without thinking of the negative impact it may have on others,” the journalist added.

A common refrain used in Laos – a communist country with no media freedom – is “if you don’t give us any information at least fake news is better than no news”.

Anan Bouapha, the 31-year-old founder of Proud to be us Laos – the country’s only LGBT advocacy group, said: “A lot has changed in the last two months since the dam collapse. People are becoming more vocal.”

Laotians turned to Facebook when news of the floods last July was slow to trickle out from government sources. Thirty-nine people died and 97 are still missing following the dam collapse in Attapeu province, according to officials.

Many believe the death toll is higher, but have no way to verify these claims. Journalists who stray too far from their official sources are usually silenced or pressured to resign.

Aid workers and individuals working for NGOs, and those working for the UN, have been too afraid to make public statements about Laos since the forced disappearance of community development worker Sombath Somphone from a Vientiane street nearly six years ago.

One former journalist in the capital admitted he was forced to leave the profession for pursuing stories the government was uncomfortable with. Human rights and democracy are two taboo subjects often dealt with using careful language.

Pressure is not only put on journalists.

Now, influential Facebook users in Laos, pejoratively referred to as “net idols”, are facing retribution for their posts. 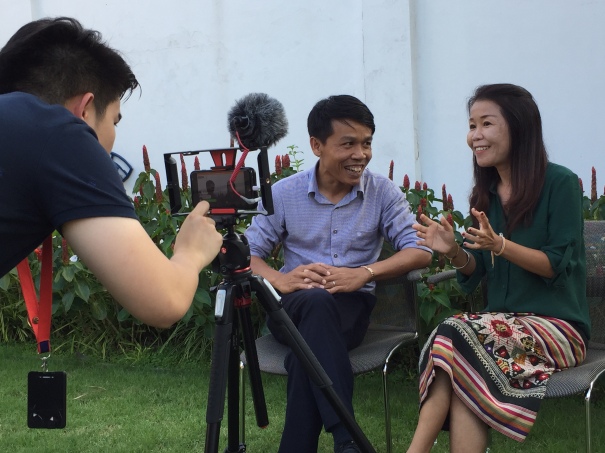 Phijika Boonkwang, president of the Vientiane United Football Club, was forced to resign last month after posting a Facebook Live video criticising the poor state of a road leading to the national football federation in Vientiane.

Boonkwang compared the muddy, unpaved, road to one in Attapeu, where she was involved in the humanitarian response. Boonkwang was accused of harming the reputation of Laos and conducting inappropriate activities on Facebook, according to the US-funded Radio Free Asia.

“You can’t post anything about the government, anything that could harm national security, or anything that could put government agencies in trouble,” said Laotian activist Soupha Rawady. “She said please don’t mistakenly think that this road is in Attapeu. This is in Vientiane. There’s nothing wrong with that.”

Boonkwang later apologised in another video post for “using the wrong words to express her desire to see the road conditions improve”. But the damage was already done. She reported to Vientiane police earlier in September.

Freedom of expression online seemed to be tolerated in Laos, but the policing of the internet is becoming more common, as many have received invitations to meet police, or face criminal charges.

Around 60 percent of people in Laos, a country of around seven million, are under 25 years of age.

“Before you say something or do a live video you have to think about our national image. That’s what the [government has told] all online users,” Bouapha said.

In 2014, the government issued a decree criminalising online criticism of its policies.

Charges of criminal defamation can be levelled against anybody. This legislation requires all social media accounts be set up using real names and identities.

“If you post something that is against the law you can be jailed,” said Rawady.

In 2016, three Laotians living in Thailand were charged for criticising the government online.

They were arrested once they returned to Laos to renew their passports and sentenced to prison terms ranging from 12 to 20 years at a secret trial in April 2017, according to Radio Free Asia.

In a post last month, Prime Minister Sisoulith called on experts to reveal the truth behind the dam collapse in Attapeu. Many viewed this as a critique of his government’s inaction.

“[Prime Minister Thongloun Sisoulith] shares many things about people complaining about the government, or blaming government agencies or officials. I like it,” said Rawady. “He’s quite liberal compared to the previous [prime ministers]. There are many things he needs to do, but he’s doing the best he can so far.”

The Paris-based media watchdog, Reporters without Borders, ranks Laos near the bottom of its 2018 World Press Freedom Index (170 out of 179 countries).

The US-based Freedom House states Lao media is not free and internet service providers are controlled by the state.

Only 18 percent of Laotians are online but this number has grown in urban areas.

Sakdavong says Laotians are subscribing to Facebook every day to access news and information. But with an adult literacy rate lower than the regional standards – 79 percent in Laos – media and digital literacy are lacking.

“It’s important to check the source of the news you’re reading online,” Sakdavong warned students at the American Centre. “You need to think more critically about what you see on Facebook.”

She was careful not to discuss misinformation emanating from southern Laos following the dam collapse in Attapeu. She doesn’t want to be accused of “harming the reputation of the nation” as was the case with Boonkwang.

“Facebook is an independent platform and you can record live and say whatever you want to say,” said Bouapha. “Laos media consumers don’t watch national TV. People from all walks of life prefer to use Facebook every day.”

Souliyo Vongdala, 27, runs the Laotian news portal Muan (meaning “fun” in English). Its Facebook page has over 179,000 followers. He works closely with government agencies to combat the spread of fake news on Facebook.

“We were not taught in school to think or critique. We were taught to remember,” Vongdala said. “We lack critical thinking skills. I think it’s concerning.”

A government crackdown on social media in Laos is unlikely to be as severe as in Thailand, Cambodia and Vietnam, where cybercrime laws and ministerial decrees are used to jail dissidents.

Facebook users in Laos with “net idol” status could be considered a concern to national security, but will most likely be monitored by authorities rather than detained by them for their posts.

Back inside the American Centre lecture hall, Sakdavong shares some final words with the students.

“Be very observant and pay attention to details.”