Despite ballot-box failure, proponents say it’s only a matter of time before same-sex marriage is written into law. 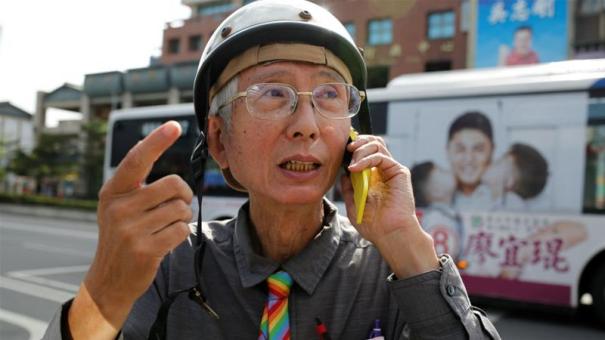 Taipei, Taiwan – “Every defeat is a deeper blow. But we’ll keep on fighting until we are free,” sings American singer-songwriter – and Taiwan transplant – Ellery Prescott in his song Keep on Fighting. He dedicates it to Taiwan’s marriage equality movement.

It may still be the first place in Asia where gay couples can legally marry, even though Taiwanese voters rejected legalising same-sex marriage in a referendum last week.

The referendum results were a setback to the island’s LGBTQ community, but not the end of its fight dating back to 1986 – when civil rights icon Chi Chia-wei began his struggle to have same sex marriage recognised and legalised.

Last year the constitutional court ruled the government must amend the law to allow gay couples the right to wed. It gave them until May 2019 to adopt the practice – more than 30 years since Chi was first rejected for a marriage license at a Taipei court.

“We must prevail. Our constitutional court’s victory is historic. It clearly recognises the freedom to marry [for] same sex couples. We must defend that,” said Victoria Hsu, executive director of Taiwan Alliance to Promote Civil Partnership Rights.

Hsu hopes to marry her fiancé next year, once the government passes its anticipated law to enshrine the rights of same sex couples. But a lack of progress in Taiwan’s legislature led to a conservative backlash.

“Marriage for us is a union between a man and a woman,” said Father Otfried Chan, spokesperson of the Family Guardian Coalition. “It’s not the duty of the grand justices to make laws for that. It’s the task of the parliament.”

The Family Guardian Coalition consists of several of Taiwan’s Christian denominations. It organised in 2013 to pressure legislators against proposed amendments to the civil code to legalise same sex marriage.

It won that fight, but was dealt a blow with the 2017 constitutional court ruling. The Family Guardian Coalition views itself as defending moral values in Taiwan.

It put forth a referendum this year asking voters if they agreed that Taiwan’s civil code should restrict marriage to heterosexual couples only – exceeding expectations and passing with 69 percent voter support at the ballot box last Saturday.

But Taiwan’s LGBTQ community rejected the result as illegal and unconstitutional. Taiwan is known for its progressive stance on human rights in Asia. 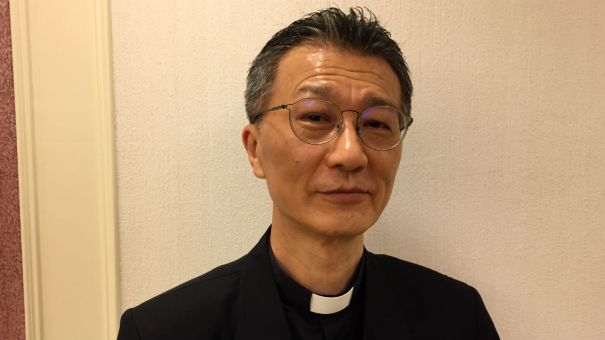 LGBTQ groups initiated their own referendum to counter Family Guardian Coalition and other faith-based groups opposing same-sex marriage. In it, they asked voters if they agreed the civil code should be amended to allow same sex marriage.

It failed to pass the threshold last Saturday with only 30 percent voter support.

“It doesn’t matter with the referendum [results] because our constitutional court made a decision [that] if within two years our Legislative Yuan cannot pass the bill, same-sex people can go register [their marriage],” said Democratic Progressive Party Legislator Yu Mei-nu.

Hsu helped introduce both marriage equality and civil partnership bills before parliament. So far, Taiwan doesn’t recognise anything but marriage as defined in the civil code.

But now with the results of the referendum and a resurgent Family Guardian Coalition, legislators are talking about respecting the results by adopting a new separate law.

Hsu called any law other than marriage an inferior act. She is pursuing a lawsuit against Taiwan’s Central Election Commission for allowing what she called an anti-LGBTQ referendum on the ballot.

Court hearings on the matter will be held in December.

“The bill might be a same-sex marriage law but not in the civil code, a separate law similar to the civil code which will be better than the civil union but still not full marriage rights,” said Jennifer Lu, spokesperson of the Marriage Equality Coalition.

“We want not only for them to be married but to have the same rights as heterosexual people,” said Legislator Yu.

Voters supported this measure too, passing the threshold with 64 percent. But the Ministry of Education has since stated it would continue to promote gender equality in schools but that LGBTQ curricula may be revised.

Regardless of the referendum results, it looks like the LGBTQ community is standing strong. It may have to wait a bit longer than expected for the government to amend the marriage chapter in Taiwan’s civil code, or adopt a new law for same sex marriage.

If parliament is unable to do this by May 24, 2019 – as mandated by the court – then marriage equality campaigners will have to step up pressure on lawmakers to receive the same rights as heterosexual married couples.

Many gay Taiwanese couples have already married despite not having their nuptials recognised by law. Hsu is fighting for them, and her own spouse, to be able to say her vows next year knowing they will share the same rights as other married couples in Taiwan.

“We’re powerful. We’re only gonna grow… Let’s keep fighting, until we are free,” concludes the song by Ellery Prescott.