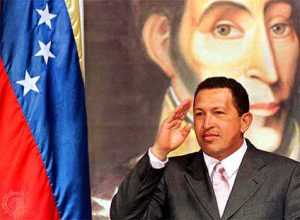 I passed through Tayrona National Park in Colombia, entering into Venezuela from Maicao, a sketchy border town that everyone I met traveling told me to avoid. Of course, my sense for adventure took me through it to Maracaibo, Venezuela, where I arrived late that night.

On the bus a French girl approached me and asked if I knew of anywhere to stay while there. I hadn’t a clue and even the guidebook I was carrying wasn’t useful in this instance. It listed one reasonably priced budget hotel downtown Maracaibo at Plaza de Republica. The two of us decided to catch a taxi there and split a room for the night. Right away we realized this place didn’t exist any longer and asked a few locals if there were any other places nearby. They suggested Hotel Acuario, a few blocks from the plaza. Once we got close, I saw many prostitutes, then one approached us and pointed across the street to Hotel Acuario. It ended up being a “love” motel, which means a place where prostitutes take their “clients” to render “services”.

Venezuela is not really known as a tourist destination and thus doesn’t offer many haunts for backpackers. Since nothing else was available, we set up there for the night. The next day I grabbed my gear and headed for Caracas. A city not on many travelers itineraries, but for me an important South American destination. There’s something about this city that I knew I’d love and I found it immediately. Before I entered Venezuela I used Couchsurfing.org to find a place to stay for a few nights while I was there. My hosts, a married couple named Liodegar and Aida, were very warm and hospitable, offering me not only lodging, but tours of all the major parks in the city and the surrounding area. And they introduced me to arepas, an appetizing corn bread with anything you could imagine.

I found the political climate in Venezuela tense and a situation developed while I was there. The long-standing verbal battle between Colombian President Alvaro Uribe and Venezuela’s Commander-in-Chief Hugo Chavez was stepped up a notch, when Uribe publicly accused Chavez of harbouring “terrorists”. The OAS (Organization for American States) had released photographs of FARC, the Colombian paramilitary group, and their bases inside Venezuela. This caused a firestorm of controversy and many Colombians and Venezuelans now fear a lead-up to war.

My time in Caracas was definitely memorable because I got to see much more of it than many travelers usually do. I got the local perspective and talked politics with Liodegar and others. I even purchased my own copy of the Bolivarian constitution of Venezuela (in Spanish) so I can read Chavez’s most rewarding achievement (according to everyone I spoke to). After Caracas I visited Merida “the city of gentlemen” and was blown away by its scenery, being nestled in the Andes mountains. From there I headed to San Cristobal where I proceeded to San Antonio del Tachira.

The local bus I took to the Venezuelan border didn’t even stop for border formalities and passed right through to Cucuta, Colombia. I had read that it was the busiest border crossing due to the constant movement of goods between South America’s largest trading partners, which is an interesting fact knowing that their diplomatic relations are strained. So I spent the night illegaly in Colombia because it was late and I hadn’t eaten all day. The next morning I woke up and returned to the border, walking from the Colombian-DAS office to the Venezuelan side, where I paid 65 bolivares for an exit stamp, then returned for my entrance stamp from DAS, pretending like I’d just arrived in the country. Scary.

After my night in Cucuta, I reminisced about all those crazy late night border crossings I made on this trip and knew it’d be my last. Thank God. I caught the first bus I could find to Bogota, a 14-hour romp through the mountainous and jungle terrain. Luckily I was able to catch some zzz’s and wake up outside of the city known as “the Athens of South America”. In Bogota, a friend and his family offered to let me stay with them during my time there. I was and still am eternally grateful to the Castro family for letting me into their home and treating me with many nice meals and great hospitality.

Finally, I ended my South American journey at the El Dorado airport in Bogota, Colombia paying some ridiculous exit tax/fee that cost me $10 US and another $30 CAN. I mean I expected it, but still didn’t quite understand it. Maybe if my Spanish was better I could have questioned their motives, however after three months I still have only a basic knowledge of the language (slightly more confidence though). Pero adios y gracias por todo.