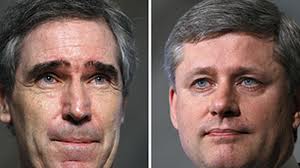 Canada’s long-gun registry will stay. Members of Parliament voted 153-151 in favour of keeping the registry, a relic of former Prime Minister Jean Chretien’s Liberal government, meant to keep tabs on those who own guns in this country.

Always a politically-divisive issue on Parliament Hill, this time around, opposition MPs from rural and urban Canada were ordered to fall in line with their respective parties before the vote, which took place in the House of Commons last Wednesday.

Liberal leader Michael Ignatieff vowed to keep this long-gun registry alive and show Canadians that he finally had the total support of his caucus, united in opposition to Prime Minister Stephen Harper’s plan to abolish it.

Gilles Duceppe and the Bloc Quebecois came out in full support of keeping the registry, which meant all eyes were on the New Democrats. After telling his party to vote whichever way they pleased, NDP leader Jack Layton had to personally call on his rural base to vote with him on this issue.

Layton made a personal appeal to Nova Scotia MP Peter Stoffer, a long-time vocal opponent of the registry, to change his stance and help the NDP defeat the Conservative Party motion.

This long-gun registry vote has shone new light on the troubling fact that MPs are no longer able to express the will of their electorate in Ottawa. MPs are there to represent the Canadian people and to be ordered to vote with their party on an issue like this is undemocratic.

MPs must remember what they’re elected to do, and that is to express the sentiment of their constituents, not their party leaders.
﻿